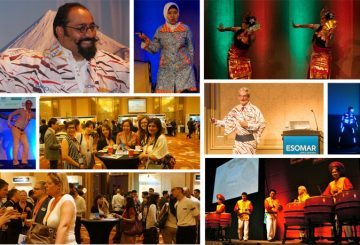 Join the best Asia market research conference in Shanghai this May 17-19. There are some great speakers to provide inspiration to your approach to market research and map future opportunities

Join us in Shanghai, at ESOMAR’s leading Asia Pacific data and insights event, designed to give you the business intelligence and inspiration to better understand consumers and society.

Our previously sold out 2016 event returns for 2017 – this year in Shanghai, where we invite the region’s business community for data and insight discoveries that will have an equally impressive impact and influence on your daily work. 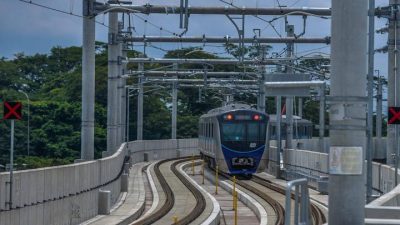 Indonesia market research agency Cimigo spoke to residents of Greater Jakarta in May 2019 to determine what do the public think about the MRT so far? How is the riding experience? How is the MRT serving commuters?

Phase 1 of the Jakarta MRT (Mass Rapid Transit (Moda Raya Terpadu), the long-awaited public transport solution for Jakarta’s notorious traffic gridlock, was officially launched on 24 March 2019 after construction over 5+ years. By May, the system carried 70,000-80,000 passengers per day on weekdays and 90,000 or more per day on weekends and holidays.

Public opinion towards the MRT

With a relatively smooth and incident-free start, almost all had something good to say about the Jakarta MRT. The overwhelming public sentiment sees the MRT as a great time-saving solution to beat and reduce Jakarta’s traffic congestion. It is a point of pride for Jakarta and Indonesia as it introduces a modern, safe and reliable public transit system in the footsteps of other developed cities in the region.

Many also praised the MRT train’s modern design and comfortable interior, and how the stations are modern and located near many of Jakarta’s landmarks and “hotspots”.

The MRT is symbolic of how far Jakarta (and by proxy, Indonesia) has progressed and its arrival both supports and embodies the city’s prolific growth.  Indonesia market research agency Cimigo, provided a glowing review and is highly encouraging even in this “honeymoon” period for such a high profile public project.

The initial phase consists of 13 stations serving one of the city’s main thoroughfares, from the iconic Bundaran HI in Central Jakarta, to Lebak Bulus in South Jakarta. The four end-line stations – Bundaran HI and Dukuh Atas in Central Jakarta, and Fatmawati and Lebak Bulus in South Jakarta – are currently the most frequent departure stations by MRT riders. Indonesia market research agency Cimigo expect this to remain the case at least in the near future, with riders taking advantage of the MRT’s relative speed and reliability to traverse the maximum distance possible and bypass road traffic in either direction.

The four most popular arrival or alighting stations tend to be “strategic” stations serving key destinations. Bundaran HI station is located at the heart of Jakarta and is close to several popular shopping malls; Senayan station serves the Senayan sports complex which houses a stadium and convention centre; Blok M station is connected to another shopping mall and is also an important transfer point to the Blok M bus terminal; Lebak Bulus is currently the closest station for commuters living in Jakarta’s southernmost suburbs.

Indonesia market research agency Cimigo asked riders about their experience with the MRT. Passengers are highly pleased. The stations, being in pristine condition, received high marks for cleanliness and comfort. The newly operational trains were the high point of their experience, with half or more stating they were “very satisfied” with the trains’ punctuality, comfort, and speed in reaching its destination. We can safely say that Phase 1 of the Jakarta MRT has achieved its objective of being a speedy and reliable way to beat Jakarta’s traffic, at least along its current operational line.

Currently over 9 in 10 riders stated they are “satisfied” overall with the MRT and complaints are relatively few. As far as new launches go, the MRT is riding high and impressing the public, with 2 in 5 riders giving their strong approval by saying they are “very satisfied” with the experience.

Building infrastructure projects at a rapid pace and opening them with great fanfare seems to be Indonesia’s signature feature under the current government. Ensuring that these projects are maintained and kept viable over the long run is a different issue altogether. For an example, one needs to look no further than at Jakarta’s “busway” or TransJakarta bus service, with its buses and bus stops in various states of ill repair. It will be interesting to see whether the MRT authorities and commuters can work together to keep the MRT stations and trains in good working condition in the coming years, which will be a positive precedent for Indonesian public transport systems.

Trends come and go quickly in Jakarta and a revealing yet unsurprising finding is that many MRT riders are riding the MRT for the novelty and to partake in a “trending” experience. In many ways, the MRT is THE hot new attraction in Jakarta.

Only slightly less than half of the MRT riders we spoke to were what we can call commuters who use the MRT regularly: 18% of MRT riders are Heavy Users – they are likely to be most well-served by the existing line and rely on the MRT for their daily transport for a variety of purposes including work and recreation; 27% are Weekday Warriors, the truest commuters who ride the MRT exclusively on weekdays to get to work or school.

Jakarta is an extremely dense  urban area that literally sprawled over centuries. Even as the Jakarta administration works to fulfill its plans of an integrated public transport system, no public transport network can cover all of Jakarta’s little nooks and alleys. This is where motorcycle taxis come in.

Indonesia market research agency Cimigo first covered the then-rapid rise of online app-based motorcycle taxis in 2016, read more here. These “Ojol” or Ojek Online have since become ubiquitous in Jakarta and other major cities in Indonesia.  Not surprisingly Cimigo find that they are a crucial first-mile and last-mile transport option for MRT riders.

Indonesia market research agency Cimigo anticipate that they will continue to play an important role for MRT commuters and the MRT administrators seem to acknowledge this as well by designating Ojek Online drop-off and pick-up areas in most stations.

Despite the overwhelmingly positive reviews and sentiments towards the Jakarta MRT, nothing is perfect and a few issues were raised by a small minority of MRT riders who have experienced them firsthand. Indonesia market research agency Cimigo expect some of these issues to be fixed over time, such as lack of station facilities (garbage cans, parking areas) and limited MRT network coverage. It remains to be seen if other issues such as difficult station access (steep stairs, lack of escalators), disorderly passengers, and ticket transaction problems (payment machines not working, single use ticket difficult to use) will be picked up and actioned by MRT authorities.

In the short term, the Jakarta MRT is likely to continue drawing interest and riders. Trial intention for the MRT is near universal, 97% of non-riders claim they want to try the MRT at some point in the near future, although we think many of these will be novelty seekers and not necessarily future commuters. We also note that enthusiasm for the MRT is very high, with 2 in 5 (43%) of non riders claiming they will “definitely try” riding the MRT.

Indonesia market research agency Cimigo see a bright future ahead for Jakarta’s MRT. It has been proven to deliver its promise as a transport solution and usage is likely to rise as its network expands to cover a bigger portion of Jakarta commuters and destinations. 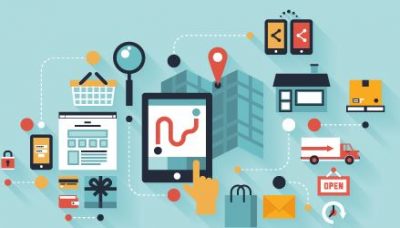 Cimigo constantly assist clients in mapping customer journeys, so that they may work to improve customer experience. From financial services to e-commerce to automotive sales there is no shortage of empirical evidence that moving beyond single customer touch points improves customer acquisition, experience satisfaction, retention and revenues per customer.

The rise of e-commerce platforms in Asia meshing with bricks and mortar retail make the customer journey ever more important.  Many platforms currently fail to understand how the two interact and focus on at e-platform visits and sales conversions in isolation.

With a thorough understanding and mapping of customer journeys the return on investment in e-commerce platforms becomes more evident with the impact on foot traffic and in store conversions and up selling.  The ability to mesh e-platforms and in store mechanics can be far better deployed to measure the impact, improve upon it and encourage more sales conversions in the customer journey.  A journey which is rarely a linear!

A recent article by McKinsey highlights show many companies focus on discreet touch points without consideration of the total journey.  Most companies perform fairly well on touch points, but distinctive performance on journeys can set a company apart. Delivering a distinctive journey experience makes it more likely that customers repeat a purchase, spend more, recommend to their friends, and stay with your company.

Whether life insurance, automotive service or buying a new laptop mapping customer journeys is easy. The process need not be time and cost exhaustive.  Cimigo employs a combination of observational and primary research, often with mobile research to easily capture observations.   Consumers can readily and easily capture their journey on our mobile application and in depth interviews explore the relevant stages of; sales or service approach, search, social validation, persuasion, commitment.

Visually mapping the many consumer journeys and combining these with in depth interviews to understand what motivated, delighted, confused, frustrated and inhibited consumers is key. The actions required to improve the experience become immediately visible.  This enables action plans to be built that deliver far improved customer experiences, more efficient acquisition and improved revenue.  Many of the most impactful actions are easily deployed and like a good customer insight are extremely obvious with the power of hindsight.

Chose your area of interest

Submit your application
Thankyou! Your form was
submitted successfully.
Download report
Thanks for your request. An email with a download link has been sent to you.
Download report

Please enter the information for free download.
The report will be sent to your email.